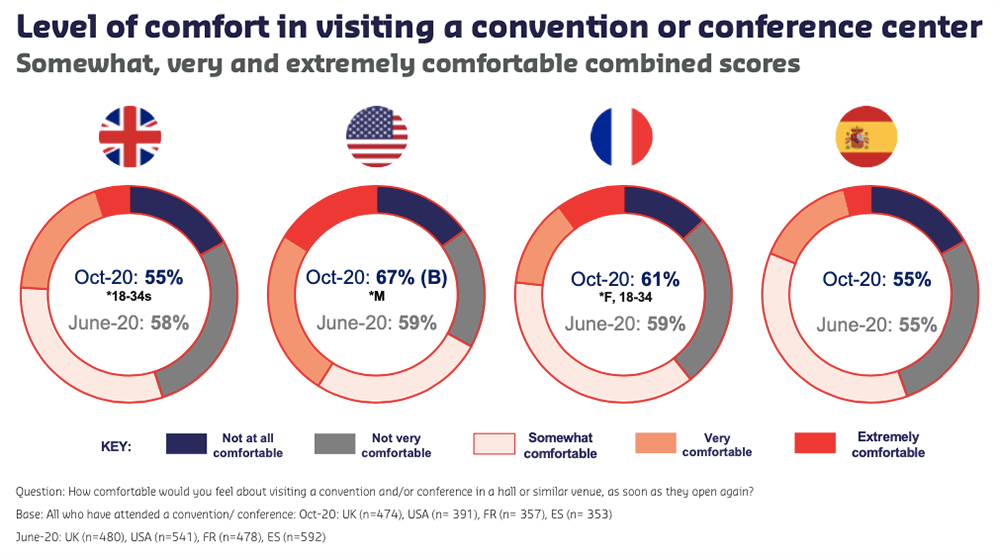 Sodexo Sports & Leisure – the Sodexo division dedicated to live events, sports and cultural destinations – announced the results of a new survey which found that comfort levels are high across the international countries of the U.S., United Kingdom, France and Spain, as it pertains to returning to live sports, conventions and other cultural and entertainment destinations.

The goal of the research, conducted in October 2020 by Harris Interactive exclusively for Sodexo, was to look quantitatively at the consumer sentiment for visiting and gathering together, as long as safety protocols are enacted. This was the second wave of research, as Sodexo looks to bring consistent third-party insights to client partners as we prepare to reopen together.

The research curated 1000+ people per market, all 18+ years old who have visited/attended at least one of a sports events, cultural venue, conference/convention, and/or personal events in the past 12 months.

Amongst the key takeaways of the study with Harris Interactive