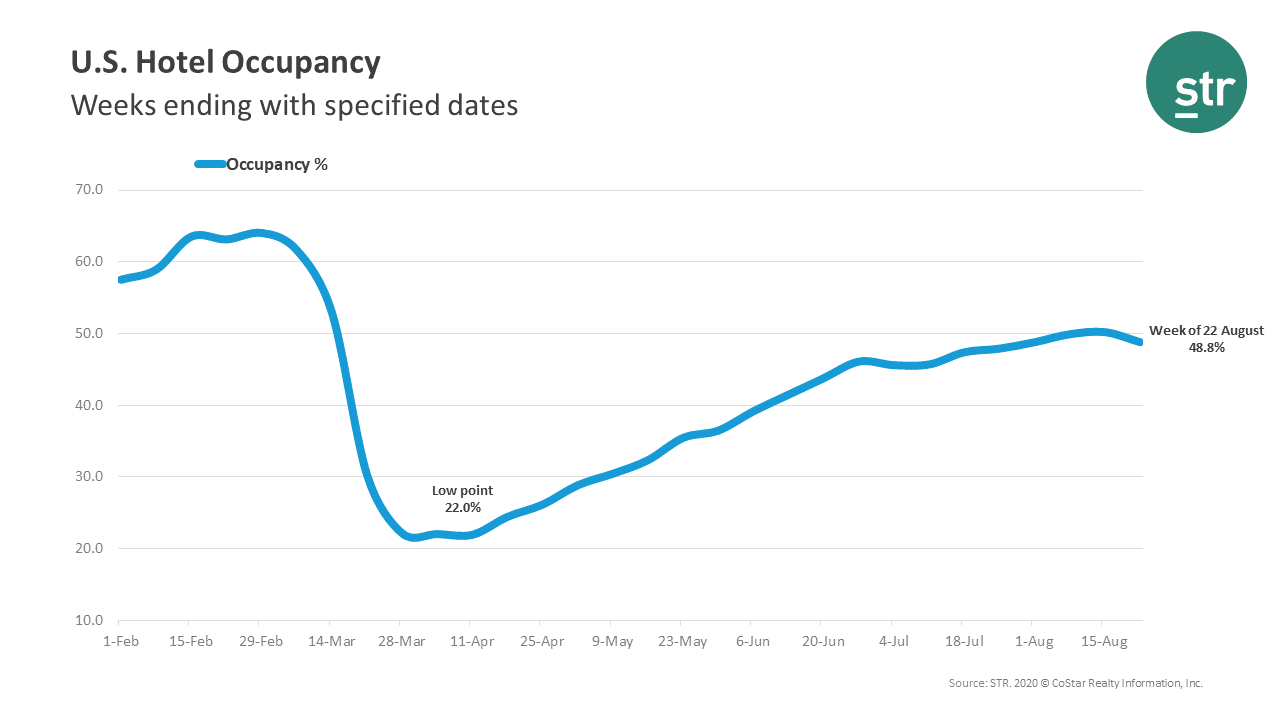 As U.S. hotel occupancy almost approached 50%, it fell to a three-week low during the period of 16-22 August, according to the latest data from STR.

The prior week, the industry had reached 50% occupancy for the first time since mid-March. Lower occupancy came as U.S. room demand declined week over week for the first time since mid-April. Reflective of school openings and less vacation travel, the industry sold 492,000 fewer room nights than the previous week, which represented a decrease of 2.7%. STR projects similar challenges with no corporate demand to replace leisure demand lost to the beginning of the school year.

Norfolk/Virginia Beach, Virginia, was the only one of those major markets to reach a 60% occupancy level (61.2%).

Markets with the lowest occupancy levels for the week included Oahu Island, Hawaii (26.5%), and Orlando, Florida (29.3%).

Changes Made to 15th Annual Lake of the Ozarks Bikefest

Is Enhancing Perfection Possible? – Anything Is Possible at The Ritz-Carlton, St. Louis

Revitalization: To Tax or Not to Tax?

Ransomware is Getting Bad… Why?

The Charm of Prairiewood – Community, Creativity, and Connection

Meet at the Courtyard by Marriott in Manhattan, KS

Changes Made to 15th Annual Lake of the Ozarks Bikefest